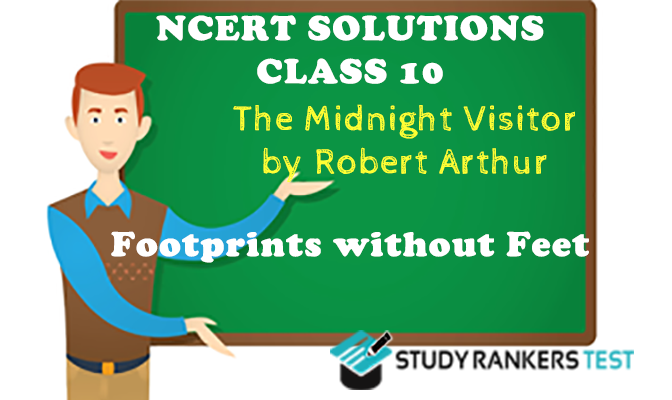 Q1. How is Ausable different from other secret agents?
Answer
Ausable was different from other secret agents in more ways than one. He had a small room in the musty corridor of a gloomy French hotel. It was on the sixth and top floor and it was scarcely the setting for a romantic adventure. He was extremely fat. In spite of living in Paris for over twenty years, he spoke French and German only passably and had an American accent. Instead of getting messages slipped into his hands by dark-eyed beauties, he only got a telephone call making an appointment. In these ways, he was different from the conventional notion of a spy.

Q1. How has Max got in?
Answer
Max had got into the room with a passkey or a master key.

Q2. How does Ausable say he got in?
Answer
Ausable said that he thought Max had got into the room through the balcony. He said that it was the second time in a month that somebody had got into his room this way.

Q1. “Ausable did not fit any description of a secret agent Fowler hand ever read.” What do secret agents in books and films look like, in your opinion? Discuss in groups or in class some stories or movies featuring spies, detectives and secret agents, and compare their appearance with that of Ausable in this story. (You may mention characters from fiction in languages other than English. In English fiction you may have come across Sherlock Holmes, Hercule Poirot, or Miss Marple. Have you watched any movies featuring James Bond?)
Answer
Secret agents in fiction are projected like ideal men, ‘Tall dark and handsome’. They are usually well built and keep have beautiful women for company. They would always smoke pipe or cigar and do death-defying stunts. James Bond is a very famous character by Ian Fleming. Movies based on James Bond show hi-tech gizmos which assist the detective in countering villains. There are some exceptions as well. There is a character named Feluda which was created by Satyajit Ray, the famous Bangla Filmmaker. Feluda was typical bharal ok by appearance.

Q2. How does Ausable manage to make Max believe that there is a balcony attached to his room? Look back at his detailed description of it. What makes it a convincing story?
Answer
Ausable tells Max that someone entered his room through the balcony before also. He also told him that he had asked the police to give him protection as he had some important papers with him. On listening Max became nervous and just wanted to escape from the police, as a result without noticing he jumped out of the window and fell down. Ausable’s ability to think quickly and calmly, in a situation of panic makes it convincing.

Q3. Looking back at the story, when do you think Ausable thought up his plan for getting rid of Max? Do you think he had worked out his plan in detail right from the beginning? Or did he make up a plan taking advantage of events as they happened?
Answer
No, I don’t think that he had worked out his plan in detail. He took advantage of the event as they happened. Ausable made a story of the balcony outside the room and as there was a knock at the door, he told it would be police, all these events threatened Max. In such a hurry, he became restless and without seeing jumped out of the window.

Q1. In this story, Ausable shows great ‘presence of mind’ or the ability to think quickly and act calmly and wisely, in a situation of danger and surprise. Give examples from your own experience, or narrate a story, which shows someone’s presence of mind.
Answer
This story is in a reference to the play ‘If I were you’. Gurrad was captured by a criminal and the criminal pointed a gun towards him but he treated the criminal as a guest and trapped him in his confidence. He achieved the criminal to run away as police are behind him. He told the criminal to run through the exit door, which was actually a cupboard door. The criminal exited through the door and was caught in the cupboard.