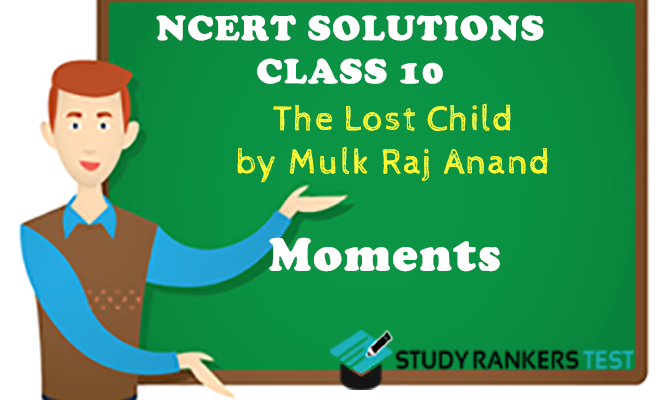 Ques 1. What are the things the child sees on his way to the fair? Why does he lag behind?

The child keeps lagging behind his parents on the way and his mother and father have to constantly call him so that he doesn’t lag behind. This is because the child is fascinated by all the things he sees on his way. At times, he stops to be able to buy toys and at other times he stops to admire the beauty of nature – collecting flowers, catching butterflies.

Ques 2. In the fair, he wants many things. What are they? Why does he move on without waiting for an Ans:  wer?
Answer

The child many things in fair. They are

The boy moved on without waiting for an Answer because he knew that his request would be denied at each step.

Ques 3. When does he realize that he has lost his way? How have his anxiety and insecurity been described?
Answer

He realises that he has lost his way when on reaching the roundabout; he stopped to observe it moving in full swing, with men, women and children enjoying themselves on it. Watching them intently he turned to his parents to ask for permission to go on the rounds but there was no reply from them. He turned to look for them but they were not there. He looked all around but there was no sign of them.

A full, deep cry rose within his dry throat and with a sudden jerk of his body he ran from where he stood, crying out in real fear “Mother, Father.” Tears rolled down from his eyes, his flushed face was convulsed with fear. Panic-stricken, he ran from one side to the other, in all directions, knowing not where to go. His yellow turban came untied and his clothes became muddy.

Ques 4. Why does the lost child lose interest in the things that he had wanted earlier?
Answer

The lost child loses interest in the things that he had wanted earlier because he was panic-stricken on being separated from his parents. All he wanted was to be united with them. All the things that attracted him in the fair no longer appeal to him and now the only thing that matters is finding his parents.

Ques 5. What do you think happens in the end? Does the child find his parents?
Answer

In the end, the parents, who continuously kept checking to see that he was with them right from the beginning of their journey may have suddenly realized that he was missing and come looking for the lost child. The kind and understanding man who tried to console the little boy by offering him various things at the fair may have also asked him for some description of his parents and helped him to be reunited with them.