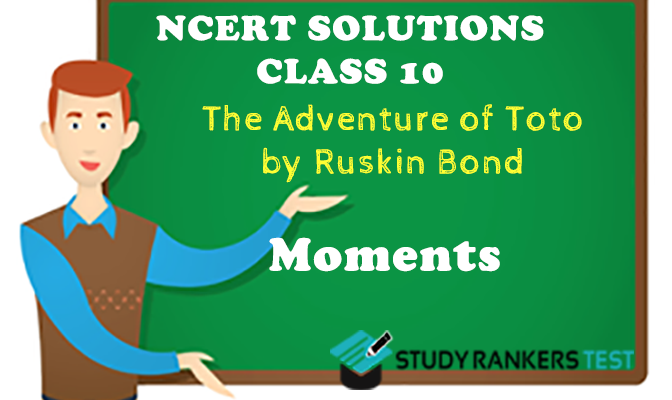 Ques 1. How does Toto come to grandfather’s private zoo?

Toto was in the captivity of a tonga owner. The grandfather gets sympathetic with the monkey and thinks that his private zoo would be a better place for Toto. So he purchased Toto from the tongawallah for five rupees.

Ques 2. “Toto was a pretty monkey.” In what sense is Toto pretty?

Toto was a pretty monkey. His bright eyes sparkled with mischief beneath the deep-set eyebrows, and his teeth, which were a pearly white, were very often displayed in a smile that frightened the life out of elderly Anglo-Indian ladies.

But his hands looked dried-up as though they had been pickled in the sun for many years. Yet his fingers were quick and wicked and his tail, while adding to his good looks served as a third hand.

He could use it to hang from a branch and it was capable of scooping up any delicacy that might be out of reach of his hands. 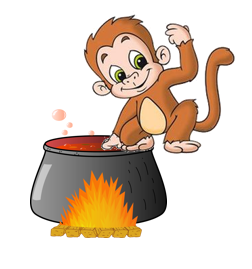 Ques 3. Why does grandfather take Toto to Saharanpur and how? Why does the ticket collector insist on calling Toto a dog?

Toto was a real menace for every living soul in the household. Other animals in grandfather’s zoo were at Toto’s mercy even during night.

So, grandfather decided to provide some relief to other animals in the zoo and thought of taking Toto to Saharanpur.
The ticket collector was following his rule books. As there seems to be no rule for fixing a monkey’s fare so he equated Toto with dog. Ticket collector’s ingenuity tried to categorize all pets of a certain size as dogs.

Toto takes bath in a tub of warm water. It puts its legs in the water one by one and applies soap as well. As monkeys are good at aping others, so Toto has learnt proper steps of bathing while watching the narrator doing same.
Toto is fond of bathing with warm water. So once having tested the warmth of water in the kettle Toto sits in the kettle. Probably he is not intelligent enough to understand the risk boiling water so he pops his head up and down in the kettle.

Ques 5. Why does the author say, “Toto was not the sort of pet we could keep for long”?

Though Toto was pretty and clever, he was very mischievous. He brought a lot of damage to the house by breaking dishes, tearing clothes and curtains. He also scared the visitors by tearing holes in their dresses.

Furthermore, he didn’t get along well with other animals in the house too. One day Toto crossed the limits by picking up a dish of pullao and running on a branch to eat it. When scolded he threw off the plate and broke it. That’s when grandfather decided he had had enough of Toto because he couldn’t bear the losses that he incurred because of Toto’s mischief.