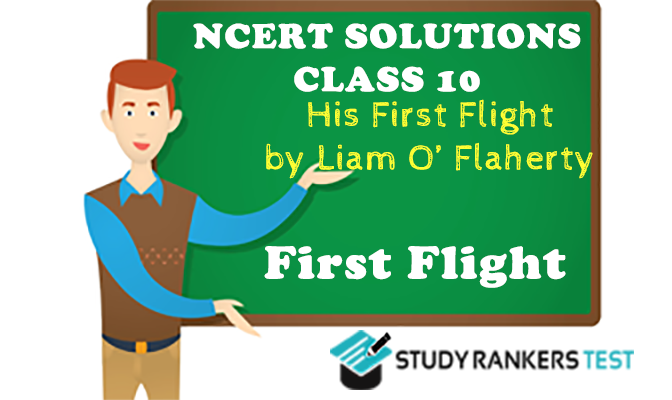 Q1. Why was the young seagull afraid to fly? Do you think all young birds are afraid to make their first flight or are some birds more timid than others? Do you think a human baby also finds it a challenge to take its first steps?

Answer
The young seagull was afraid to fly because it was its first flight. It is a well-known fact that doing something for the first time is challenging. Therefore, all young birds must be afraid to make their first flights. Similarly, a human baby would also find it a challenge to take its first step.

Q2. “The sight of the food maddened him.” What does this suggest? What compelled the young seagull to finally fly?
Answer
The young seagull was very hungry. It was this hunger that ultimately compelled it to fly. Its hunger only intensified when it saw its mother tearing at a piece of fish that lay at her feet. It cried to her, begging her to get some food. When its mother came towards it with food in her beak, it screamed with joy and anticipation. However, she stopped midway. It wondered why she did not come nearer. Not being able to resist or control its hunger any longer, it dived at the food in its mother’s beak. At that moment, his hunger overpowered his fear of the great expanse of sea beneath the cliff. Finally, this plunge was followed by the natural reaction of its body, i.e., to fly.

Q3. “They were beckoning to him, calling shrilly. “Why did the seagull’s father and mother threaten him and cajole him to fly?
Answer
The young seagull was afraid to fly. Even when it saw its brothers and sisters flying, and its parents helping and teaching them, it could not gather enough courage to make that first flight. That is why its father and mother were calling it shrilly and scolding it. They threatened to let it starve on its ledge if it did not fly. They did so because they wanted it to leave its fear behind and learn to fly.