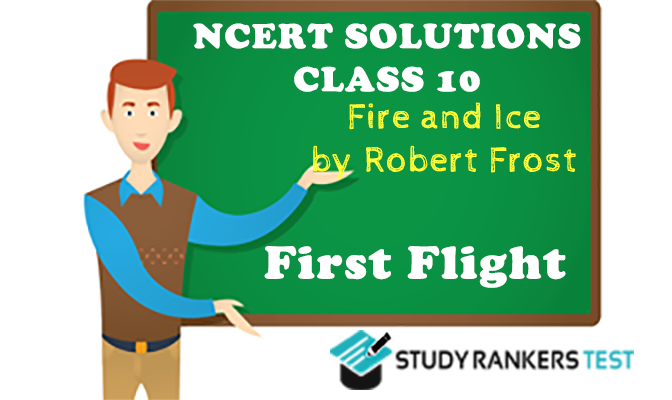 Ques 1: There are many ideas about how the world will ‘end’. Do you think the world will end someday? Have you ever thought what would happen if the sun got so hot that it ‘burst’, or grew colder and colder?
Answer

Yes, I believe that this world will end some but when nobody knows. Whether the sun gets hot or it gets colder in both situations end of this world is sure.

The contrasting ideas of ‘fire’ and ‘ice’ are presented using this rhyme scheme. He mentions that both fire and ice are probable ends of this world. While he talks about how fire represents desire and can, therefore, be a cause of the end of the world, he also mentions ice in between to symbolise that the coldness and indifference towards one another will also be enough to end the world.

In the second stanza, he says that he knows of enough hate in the world to be sure that even destruction through the ice would be sufficient to bring about the end of the world.