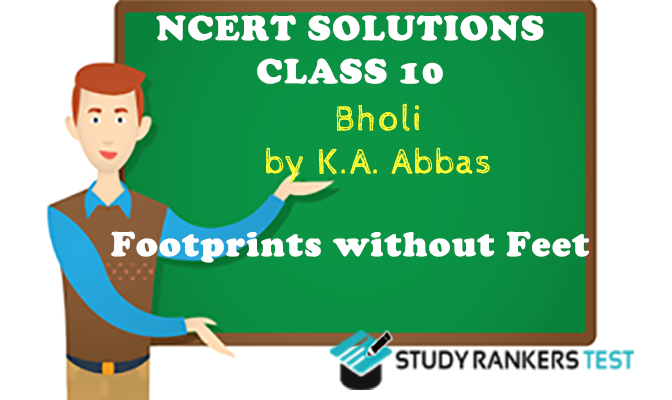 Q2. For what unusual reasons is Bholi sent to school?
Answer
Bholi is sent to school because there is little chance of her getting married, with her ugly face and lack of sense.

Q3. Why did Bholi at first agree to an unequal match? Why did she later reject the marriage? What does this tell us about her?
Answer
Bholi at first agreed to an unequal match because she was lucky to get a well-to-do bridegroom who owned a big shop, had a house of his own and had several thousand in the bank. Moreover, he was not asking for any dowry. Bholi also heard her mother saying that he did not know about her pock-marks and her lack of sense. If the proposal was not accepted she might remain unmarried all her life. She later rejected the marriage because the bridegroom demanded five thousand rupees as dowry. On seeing the father pleading and humiliated she decided not to marry him.
This tells us that she has self-respect and knows what is right or wrong and is able to make a wise decisions.

Q4. Bholi’s real name is Sulekha. We are told this right at the beginning. But only in the last but one paragraph of the story is Bholi called Sulekha again. Why do you think she is called Sulekha at that point in the story?
Answer
The world Bholi means a simpleton. Throughout the story she had been a simpleton hardly expressing her opinion. The word Sulekha means the person with a beautiful sense of letters. In this story this word has a larger meaning of being a literate intelligent and mature individual. After her education Bholi has really changed to Sulekha and her assertion during the marriage is her announcement to the world that she is no more a Bholi but Sulekha.