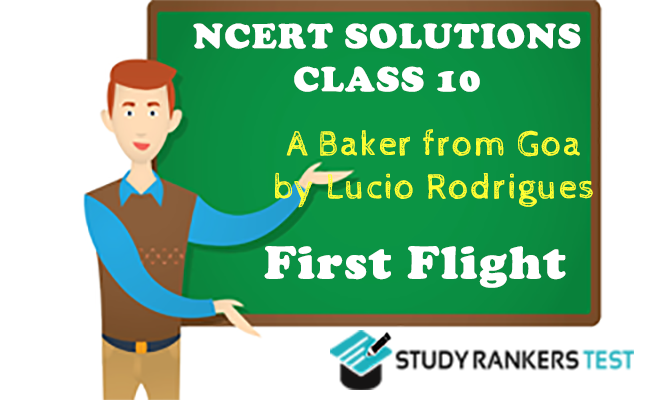 Q1. What are the elders in Goa nostalgic about?

The elders in Goa were nostalgic about the good old Portuguese days, the Portuguese, and their famous loaves of bread.

Q3. What is the baker called?
Answer
The bakers are known as pader .

Q4. When would the baker come every day? Why did the children run to meet him?
Answer
The baker came twice every day, once when he set out in the morning on his selling round, and then again when he returned after emptying his huge basket. The children ran to meet him not because of their love of the loaf, which was bought by the maid-servant of the house. They actually longed for the bread-bangles, which they chose carefully. Sometimes, it was a sweet bread of special make.

Q1.Match the following. What is a must

Q1.Which of these statements are correct?
(i) The pader was an important person in the village in the old times.
(ii) Paders still exist in Goan villages.
(iii) The paders went away with the Portuguese.
(iv) The paders continue to wear a single-piece long frock.
(v) Bread and cakes were an integral part of Goan life in the old days.
(vi) Traditional bread-baking is still a very profitable business.
(vii) Paders and their families starve in the present times.

Q2. Is bread an important part of Goan life? How do you know this?
Answer
Bread is an important part of Goan life. Marriage gifts are meaningless without the sweet bread known as bol. For a party, bread is a must, while for Christmas, cakes and bolinhas are a must. Sandwiches must be prepared by the lady of the house on her daughter’s engagement. The author says that everybody loves the fragrance of loaves. The elders were given loaves and the children were given bread-bangles, which they longed for. Also, the fact that the bakery is a profitable profession shows that love for bread is enormous in Goa.

Q3. Tick the right answer. What is the tone of the author when he says the following?
(i) The thud and the jingle of the traditional baker’s bamboo can still be heard in some places. (nostalgic, hopeful, sad)
(ii) Maybe the father is not alive but the son still carries on the family profession. (nostalgic, hopeful, sad)
(iii) I still recall the typical fragrance of those loaves. (nostalgic, hopeful, naughty)
(iv) The tiger never brushed his teeth. Hot tea could wash and clean up everything so nicely, after all. (naughty, angry, funny)
(v) Cakes and bolinhas are a must for Christmas as well as other festivals. (sad, hopeful, matter-of-fact)
(vi) The baker and his family never starved. They always looked happy and prosperous. (matter-of-fact, hopeful, sad)