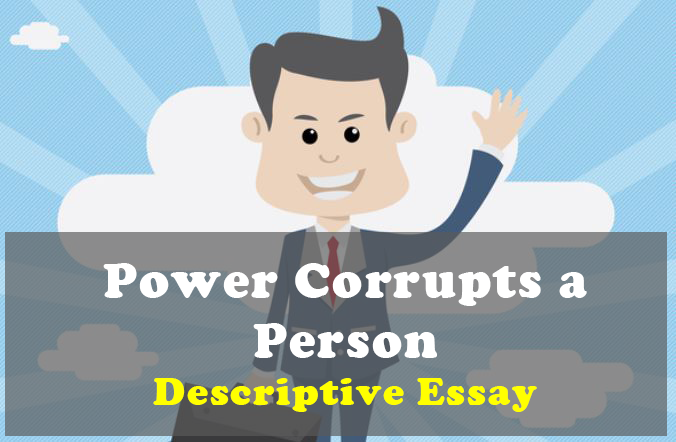 Power means influencing others against their wills. Controlling others, ruling over others, making others comply with one’s desires or wishes – all these acts are inherently pleasurable. Therefore, a man who acquires power wants to become more and more powerful to maximize his pleasure by making offers instruments as well his will. Power debases ordinarily simple and noble persons. Even saints and sages are not immune to the corrupting influence of power.

Petty government officers are corrupted by power over their clients. Simple officers become dishonest when they acquire power of patronage and discretion in distribution of money or grant of permit or license to citizens. Their corruption begins when they start accepting innocuous gifts from clients. Gradually they start accepting costly gifts. The most powerful bureaucrats even accept gifts of plots in return for favoring the clients in a big way.

Recent Hawala Scandal in India which has come to light shows the depths of immorality and dishonesty to which the top politicians of the country have fallen. Central Bureau of Investigations has charge-sheeted former Union Ministers and renowned leaders of opposition for obtaining lakhs of rupees from a capitalist. Had these politicians not been in powerful position neither the person would have offered them money nor the politicians would have nursed the desire for getting rupees.

True democracy is not compatible with unrestricted power. An alert citizenry is the only safeguards against misuse of power. Press can play a useful role in exposing the murky doing of the powerful. A strong judiciary can bring the misuse of power to book.

Education system should be so oriented as to inculcate the spirit of co-operation and sympathy and eliminate authoritarian tendencies among the students. Because, SELF-RESTRAINT is the best remedy to kill the animal of corrupting-power.