Home / Essay / Descriptive Essay on If I were a Scientist

If I were a Scientist: Descriptive Essay Writing 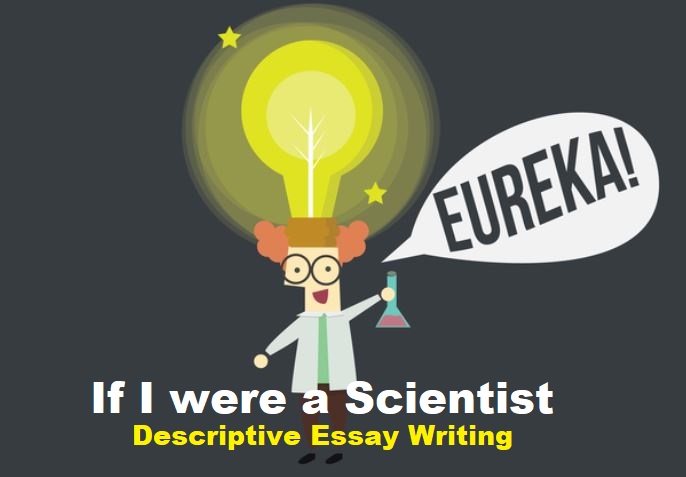 The pursuit of knowledge carried on by the scientist for the past several centuries has produced results which have produced different reactions in different sections of society. There are lay people who consider science to be the fore runner of all comfort, progress and prosperity.

On the other hand there are many good people who look upon science as the chief cause of the sufferings of humanity today. The debate has been raging for a long time. But while people talk and argue, science goes on taking long strides, blissfully ignorant of the praises or the abuses heaped on its head.

If I Were A Scientist, I believe that we are suffering from the effect of a little science badly applied and the remedy is a lot of science properly applied. Hence I need not offer any apologies for wishing to be a scientist. But I want to be a scientist with a difference. I do not want myself to be confined to the ivory tower of pure reason unmindful of the realities of life. It is not a mere empty statement to say that the modern mind lives, breathers and has his being in this age of science. In every minor detail of our life science plays a very valuable role. I wish to contribute my share in making this world better than I find it.

At the very beginning, I may make it clear that if I were a scientist, I would like to carry on my work in the province of pure science. Pure science is a relentless search for truth, for the discoveries of the mysteries of nature. As such no fault finding is possible with the area of scientific research which has broadened the frontiers of man’s knowledge about himself and his world. It is systematized knowledge and its pursuit which has led to the unraveling of the mysteries of nature and the harnessing of its wonderful power. What the scientist discovers in the seclusion of his laboratory after years of research comes to have far-reaching result in our practical life.

If I were a scientist, I would like to be independent of powerful business and industrial magnates who try to exploit scientists for their own selfish ends. Normally, every human being is desirous of peace, progress, plenty and prosperity. But actual experience shows that man’s conduct is not always governed by aggression. Jealousy and the desire to climb to the upper social strata often get the better of man’s nobler emotions. A scientist is also a man subject to these weaknesses. He can be lured away from his right path by the prospects of fame, material gain or few other earthly considerations. Now business and industry are by and large governed by science. Big industrial concerns and business forms want to buy the service of the best scientists for their won advantage which may not be compatible with the larger good of mankind. Thus there is every chance of science being abused and exploited for sheer personal and selfish purpose. Personally I would try to remain clear of these temptations.

I am also not in favor of government control. If business and industry can be selfish, government and states can be far more treacherous. It is common knowledge that before would war-II, almost an army of scientists were employed in Germany, Russian, Japan, England and the U.S.A. to invent new machines of death and destructions.

Thus Hitler, Muslin and Marshal Tito were able to exploit the best scientific brains to their own advantage and to the misery of mankind. It is true that modem scientific research is very expensive and requires huge sums of money. Therefore, state encouragement and patronage must be channelized through autonomous academic bodies which may, if need, withstand the powerful pressures of the power hungry politicians.

If I Were A Scientist, I would endeavor to be an ideal scientist – a dispassionate explorer of truth. My sole mission would be to discover every possible mystery of nature. Would be a worshipper of truth for the good of mankind. I would jealously assert and guard my birthright to explore the hidden avenues of knowledge without any let or hindrance form society, state or government. Also, I would also curtly refuse to let my discoveries be exploited for immoral or unrest purpose. I know this ideal is not easy to attain but would not forsake it for fear of poverty, misery or suffering.

The modern man lives in an environment which is predominantly the creation of modern science. It therefore follows that more than anybody else the scientist exercises the greatest controlling influence over human life today. The power of science is gigantic, almost boundless. It has infinite potentialities for goods and evil. Science is an abstract and is a non-human force and it is only the scientist – the human embodiment of this mighty force – who can determine whether it will be the benefactor or the destroyer of mankind.